Java is a computer programming language that is concurrent, class-based, object-oriented, and specifically designed to have as few implementation dependencies as possible. It is intended to let application developers “write once, run anywhere” (WORA), meaning that code that runs on one platform does not need to be recompiled to run on another. Java applications are typically compiled to bytecode (class file) that can run on any Java virtual machine (JVM) regardless of computer architecture. Java is, as of 2012, one of the most popular programming languages in use, particularly for client-server web applications, with a reported 9 million developers. This is a complete course in Java + Advanced Java + Project approved from IBM. The student gets a certificate from IBM saying that the candidate has completed a project in Java approved from IBM. This IBM certificate holds a lot of value at Interview as this certificate is equivalent to having project experience with IBM. Java Training Course helps students get a base of programming language. Java Technology also forms the biggest chuck of Jobs in market today.

At MindScripts, the Java Course syllabus is approved by IBM and you get IBM certified by doing this course.The course has been designed and aligned considering various Universities and Certification courses as follows :

1) Java is Easy to learn
Many of us would be surprised to know that one of the top reason for studying Java is, it is the best programming language. If you have a steep learning curve, it would be challenging to get effective in a short span of time, which has been the case with most of the professional projects. Java has fluent English like syntax with a few magic characters e.g. Generics angle brackets, which makes it simple to read the Java program and understand quickly. Once a programmer is familiar with initial hurdles with installing JDK and setting up PATH and understand How Classpath works, it’s pretty easy to write a program in Java.

2) Lots of job opportunities
Programmers who have a sound knowledge of Java are in great demand in today’s world. With a large installed base, this widely used programming language is continuing to create jobs in the tech industry. Also, the popularity of Android apps has now brought along countless opportunities for an Android developer who write native apps in Java.

Once someone has knowledge about the key OOP concepts like Abstraction, Encapsulation, Polymorphism, and Inheritance, one can use all those with Java. Java itself incorporates many best practices and design pattern in its library. 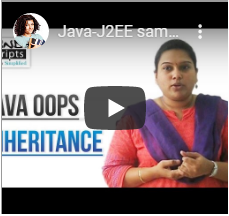